The importing countries’ caps and closures are featured below to provide us insights into the top import markets. The featured countries along with their corresponding import values show which countries have more opportunities for foreign suppliers.

Among all the shown top importing countries, the US has the highest import value in units of billions. The market of the US regions for caps and closure export, for foreign suppliers, is four times more beneficial than other countries.

Among all the shown top exporting countries, China has the highest value, while the Czech Republic has the lowest. Considering the quality of these products, the European countries are preferable, even if it is on a slightly lower scale than China.

Shown below are the import and export trends of caps and closures for the years following from 2017 to 2021. In both imports and exports, the values have grown significantly, showing a growth of 17.61% for imports, and 18.41% for exports.

The caps and closures market has actively participated in the manufacturing of several kinds of products after COVID-19, being the major driver of its growth. The different closures are used in food and beverage, pharmaceutical products, and even cosmetics.

Among the mentioned industries, pharmaceutical is among the most volatile industries since COVID-19. The demand for countless medicines and pharmaceutical products has skyrocketed, increasing the market share. This is no doubt with factors such as population growth, online deliveries demand and changing lifestyles, the caps and closures market will grow further. 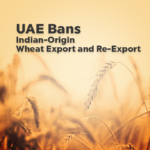 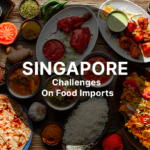