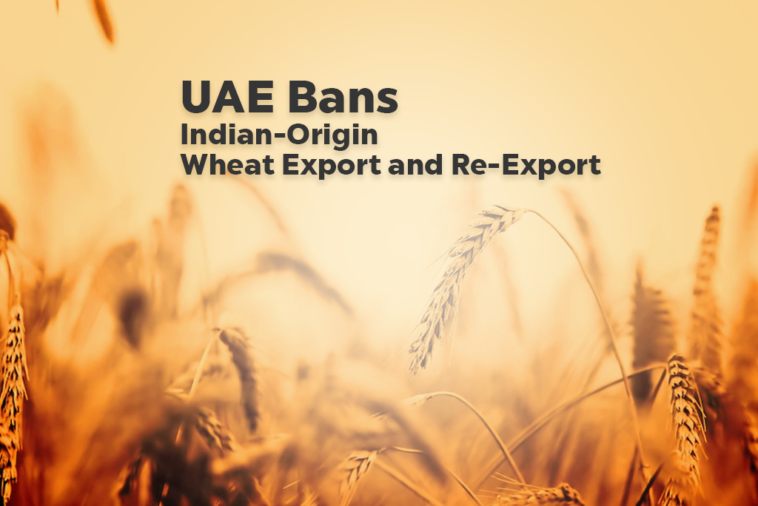 UAE has announced the ban on the export and re-export of all varieties of wheat and wheat flour of Indian origin for a duration of four months. UAE bans Indian-origin wheat exports from the country, in order to secure its own domestic supplies.

Following the ban announced by India on its wheat exports, the UAE administration has announced the decision. The announcement states that the ban “applies to all wheat varieties, namely hard, ordinary and soft wheat and wheat flour.”

Canada is the third-largest importing country for UAE’s wheat imports, with an import value of $54.4 million. Romania is the fourth largest and the USA the fifth largest with a value of $41.1 million and $16.2 million respectively.

Due to the global food shortage for wheat following the Russia-Ukraine war, the UAE bans Indian-origin wheat export and re-export. The UAE officials shared that ban applies to all wheat varieties and wheat flour too.

It is also been reported that India and the UAE signed a Comprehensive Economic Partnership Trade Agreement (CEPA) in February 2022, allowing them to exchange goods and services more freely, boosting each other’s bilateral trade, with a target set to reach $100 billion in 5 years.

The UAE bans Indian-origin wheat export and re-export for food security, and it will go on for a period of four months, as per the official announcement. In a time of such prevailing food insecurity globally, the countries are taking measures to safeguard their own domestic needs. 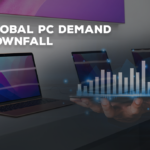