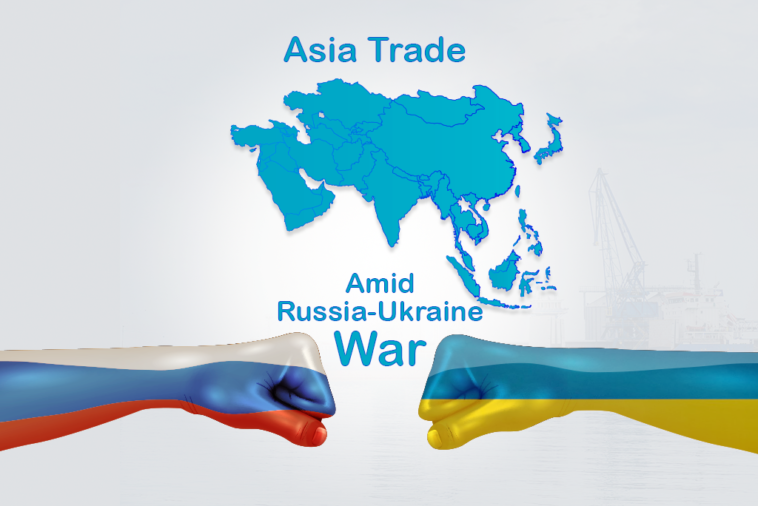 With the blunt jab from the aftermath of the Russian invasion of Ukraine, the world’s biggest continent and the economy, Asia’s trade is going into a spiral as the continent’s countries are facing issues related to the trade flows and balancing out the economical values in terms of trade with both the countries indulged in the war.

Asian countries such as India, Bangladesh, and Vietnam are a majority of those countries that rely on imports from both countries with a total worth of imports of $19.6 billion from Ukraine in 2020, and $195.56 billion from Russia in 2021. There are a number of challenges that Asia is facing to do trade with both countries.

Asia’s Trade With Russia – By Goods

While Ukraine accounted for a higher percentage of exports to Asia, reaching a similar export value as Russia, Ukraine is still on the lower terms in Asia’s trade with other countries than compared to Russia. Russia’s export data below represents the top commodities Asian countries imported from Russia in 2021. The commodities are segregated into 2-digit categories.

It gets pretty evident that the commodities falling under the category of mineral fuels & oils are the major imports by Asian countries from Russia. Since Russia is the largest producer of crude oil following other big producers such as Qatar and Australia. Hence, it should be noted that Asia’s trade in imports of these commodities is the highest, with an export value of $85.4 billion.

To further take a magnifying look at the above represented Russia exports 2021-2022, the below given shown data represents the values of exports and the top commodities Russia exported to Asian countries in 2021. The highest commodity is still crude (petroleum) products, with an impressive export value of $46.82 billion for the ending year 2021.

Read More: Sunflower Oil Prices To Surge Amid The Russian Invasion Of Ukraine

Ukraine Trade With World – By Goods

In the above represented Asia’s trade with Russia, the top commodities also include the “raw sunflower oil” with an import value of $2 billion. Sunflower oil exports are one of those top exported commodities from Ukraine, for which it accounts for around 76% of global exports. Shown below are the top exporting countries for Ukraine’s sunflower oil in 2021.

Ukraine also accounts for the high exports of grains and other essential commodities such as iron and steel. Retrieved from global import-export intelligence, shown data represents the top exported commodities of Ukraine to countries around the world for the ending year of 2021. This will provide a better understanding of what Ukraine has to offer the Asian countries as well.

As it can be seen in the above represented Ukraine export data that Ukraine accounts for the high exports of wheat with an export value of $5.06 billion.

Wheat is the essential “cereal” commodity and is probably the largest and most commonly consumed cereal grain in the form of varieties of final products such as bread, flatbreads, etc.

Russia is the world’s largest producer and exporter of wheat, with a production of almost 15-20% of the world’s total wheat and a total export, accounting for $7.2 billion in 2021.

While Russia accounted for the high exports of sunflower oil on the basis of 8-digit level products, Ukraine has also been found to have a significant export value for wheat.

Asian countries still consume cereals such as wheat and rice as their main staple diet and, since having a large production capacity of cereals, have a significant share in international trade.

Asia’s Trade With Russia – By Countries

This is no doubt that Russia is one of the largest producers of many essential commodities such as crude oil and grains. Russia is the biggest trading partner here for Asian countries, which can either make it lose a big portion of its global imports or can drive their imports further worldwide.

The represented data below provides a glimpse into those Asian countries to which Russia exports its commodities, as per the international trade statistics 2021-2022. The top exporting countries include China ($68 billion), Turkey ($26.5 billion), Kazakhstan ($18.4 billion), South Korea ($16.8 billion), Japan ($10.4 billion) and other Asian countries importing from Russia.

Does Russia Import From Asian Countries?

As evident in both the above shown graphical representation of Russia’s imports and exports in 2021, the value of Asian countries exporting to Russia is greater than how much Russia exports to Asia.

The exchange of goods and services is not the only disruption that has happened to do trade with both countries. After the SWIFT ban on the Russian banks by the Western nations’ alliance, it is really tough to receive transactions from Russia for the exports made by Asian countries.

Trade with Russia has also become difficult for many countries in Asia as seen in both the shown datasets and based on our analysis – exports from Bangladesh for its apparel, electronics & machinery from countries such as China, and Vietnam also contribute the highest. 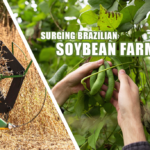 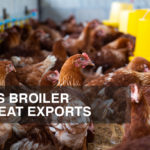