The Russian invasion of Ukraine has driven different investors worldwide anxious and leaving worried about the potential outcome of actions taken by Western nations on Russia. Three Western countries have come together forming an alliance to sort of punish Russia for the deliberate attack on Ukraine and disturbing the world peace, perhaps.

Three Western Nations – The United States of America, Europe, and the United Kingdom come into an alliance to block certain Russian banks from the usage of SWIFT, the secure system to enable cross-border payments in international trade between countries. The impact is going to be huge for Russia if this decision is implemented by the nations that are keen to punish Russia.

In 2012, SWIFT blocked Iranian transactions due to Iran’s nuclear programmes, leading Iran to face the loss of nearly half of its oil export revenues and trade with other countries by 30%. The banks from different countries connected and reconciled in 2016 again. However, in 2018, Iranian banks were once again blocked from the systems of SWIFT.

Not a blockage of the systems from SWIFT per se, but Russian banks were barred for enabling and executing the global transactions back in 2014. A number of Russian banks were blacklisted by the USA amid the Russian government’s decision to attack Crimea. The US restricted activities doing business with Russian banks, oil, and gas producers & organisations.

SWIFT, which stands for The Society for Worldwide Interbank Financial Telecommunication, is a global secure communication system established for and between countries to enable cross-border payments without the insecurity and fraudulent threat to international transactions.

SWIFT is not a bank or an authority handling money transfer, rather a secure system and platform to enable safe messaging and global money transactions for the payment of the shipped goods. It is utilised by over 11,000 financial institutions and businesses worldwide from more than 200 countries to transfer and receive payment for the imports and exports of commodities.

Financial institutions involved with SWIFT also utilise it to connect with other banks and send out payments to different countries. SWIFT enables all forms of payment to cross-border regions, from small transactions to large payments, allowing global transactions for the trade of goods and services.

SWIFT have a total of a 25-member board of directors who are responsible for its governance and management. These board members are elected by the SWIFT’s shareholders from all over the world, which counts to a number of around 3,500 organisations.

The European Central Bank and the G-10 Central Banks of Belgium, Canada, France, Germany, Italy, Japan, the Netherlands, the United Kingdom, the United States, Switzerland, and Sweden governs SWIFT, overseen by the National Bank of Belgium in collaboration.

Many investors were worried about the rising prices and frozen assets which could further down the financial markets, particularly from Russia’s side that can result in the Russian economy getting hit, while Russian currency devaluation—something that has already happened.

According to one of the former officials from the Russian Central Bank, they state, “It (SWIFT block) means there is going to be a catastrophe on the Russian currency market on Monday. I think they will stop trading, and then the exchange rate will be fixed at an artificial level, just like in Soviet times.” The Russian currency fell to an all-time low in the past week as compared to the US dollar.

The President of the European Commission froze the assets of Russia’s Central Bank to avoid Russia using its war chest. The Western nations are preventing Russia from accessing its $630 billion in foreign currency reserves, which they believe Russia can use in war and further escalate the troubled situation going on more in Ukraine than to say anything in Russia.

Payments will be barred from Russian banks and the nuclear-power nation will have to rely on the regional banks, which are yet to be sanctioned. The payment for Russia’s imports and exports will be difficult with no intervention of a secure system. The borrowing and foreign investment will impact highly from this for Russia and its economy in the end.

The European Commission President said this is necessary to prevent Russia to use its foreign reserves for funding the invasion of Ukraine. The President claims, stating, “We are resolved to continue imposing massive costs on Russian costs that will further isolate Russia from the international financial system and our economies. Putin embarked on a path aiming to destroy Ukraine. But what he’s also doing, in fact, is destroying the future of his own country.”

It is likely that recent measures taken by the Western nations over blocking Russia from SWIFT will result in another spiral of disrupted and imbalance global trade. This will send global financial markets into spirals as many countries will go through shortages and delayed shipments, with high prices of commodities to be most likely. Oil prices will escalate further as Russia is the world’s fourth-largest exporting country of oil and have the world’s biggest oil reserves.

Perhaps, as a part-time Chief Economic Adviser at Allianz, and chair of Gramercy Fund Management, said that blocking Russian banks from SWIFT “has the potential to cripple the economy there” if done comprehensively. “If done comprehensively”. Some investors are also seeing the financial invasion of the Western nations as a positive measure while being relieved of the fact that it is far better than Western countries sending their troops in the war. 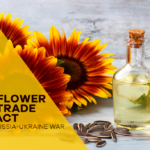 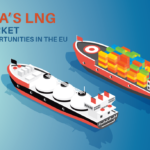