It’s been more than 100 days since Russia’s invasion of Ukraine that led to disruption in the global supply chain of goods including energy products and food items. In fact, the European Union has put sanctions on Russia and banned the import of certain commodities. How EU will reduce its dependency on Russian energy as about half of Russian crude oil exports deliver to the European Union nations? What has the EU actually done since then? According to the reports, the European Union is planning to block Russian oil imports arriving by sea by the end of 2022. Let’s have a look at how much the EU is dependent on Russian energy goods and what has been done so far.

Russia has historically been the world’s leading exporter of natural gas and the second-biggest crude oil supplier after Saudi Arabia. It has also been the EU’s leading supplier of imported coal, gas, and oil, accounting for two-fifths of liquefied natural gas supplies, a quarter of crude oil deliveries and almost half of all shipments of solid fuel, such as coal.

Around half of Russia’s crude oil exports went to Europe in 2021, including to non-EU members the United Kingdom and Norway. In fact, among oil, LNG, and coal, the European Union countries import crude oil the most from Russia. According to our database, Russia’s oil exports to the EU (including the UK) stood at US$52,420 million in 2021, coal exports at US$3,853 million, and LNG exports at US$3,241 million. A chart below shows yearly trends of Russian oil, LNG & coal exports to the EU (including the UK).

In May, the European Union said it would block all Russian crude oil imports by sea by the end of 2022. That will cut off around two-thirds of Russian oil supplies to the bloc. Germany and Poland have also said they will end pipeline imports, but not all member states have agreed to this. Slovakia and Hungary are dependent on receiving oil from Russia through pipelines. The move is part of the sixth round of sanctions approved at a summit in Brussels. Here are the top EU countries and the United Kingdom that imported Russian oil in 2021.

As far as LNG is concerned, the European Union countries imported Russian natural gas worth US$3,241 million in 2021. France was the top importer of gas from Russia, followed by Spain, the United Kingdom, the Netherlands, Belgium, and Portugal. Here’s a chart showing top EU importers including the United Kingdom of Russia liquefied natural gas with their values reported in 2021.

Alternative to Russian Oil and Gas

EU countries are now looking to buy more oil from other producers. According to the reports, members of the International Energy Agency, which includes the United States said in April this year that they would release 120 million barrels of crude petroleum oil and products from emergency stockpiles to try to keep prices down.

The European Union also committed in March to reducing liquefied natural gas imports from Russia by two-thirds within a year, but it has proved difficult to get agreement on further measures such as an outright import ban.

According to the reports, Germany relies on Russia for almost half of its gas supply and has recently had to limit the use of gas in electricity production and appeal to citizens to conserve energy after Russia cut some supplies.

The European Union is increasing gas imports from the United Kingdom in an attempt to fill storage sites ahead of the winter. It is also planning for long-term energy independence. Just weeks after Russia began the invasion of Ukraine in late February, Brussels announced the REPowerEU plan to end all Russian energy imports by 2030.

The Landscape of ESG Investment After The Russia-Ukraine War 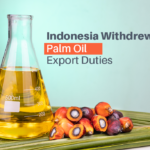