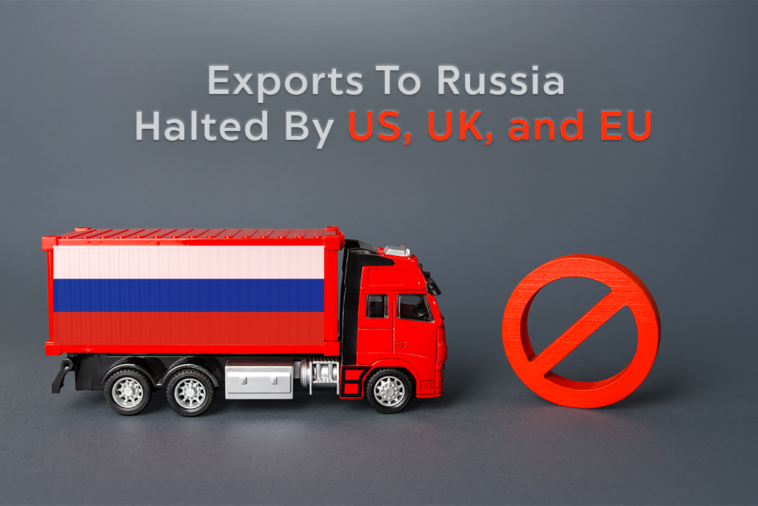 Russia’s energy exports are increasingly getting sanctioned by the Western nations and different countries, which are likely to cut or alter the bilateral trade with Russia. This is in the aftermath of Russia’s invasion of Ukraine, which started a few weeks ago.

The three western nations—the USA, UK, and EU are closely working together to drain and put a strain on the war chest of Russia by putting sanctions and bans on certain commodities. Recently, a number of lifestyle-related final product exports to Russia are also banned.

Russia waged a war with Ukraine but invited criticism from countries that are waging a silent but financial war with Russia by halting the trade with sanctions, bans, and a SWIFT system block on Russian banks.

While Russia is known for the high exports of its oil and natural gas to other countries, a few are talking about the imports Russia does from other countries, and those few obviously includes the nations who are banning the exports to Russia.

The shown Russia import data features the top imports made by Russia in the year 2021 so far, as per available data. The highlighted commodities are based on the top list of goods based on the HS code classification of Chapters (two-digit).

The represented Russia import data 2021 below highlights the top imports of Russia made for the ending year of 2021. The shown top imported commodities are highlighted below and are made on the basis of HS code classification of Headings (four-digit) as per availability of data.

The EU bans champagne, high-end cars, fashion apparel, expensive electronics and sports gear. The mentioned commodities are shown below in the Russia import data of other countries as well and do not feature the values on the basis of only EU exports, as per available data. Represented import data does not include one single basis of HS code classification.

The United States of America has banned seafood, spirits/vodka, and non-industrial diamonds for exports to Russia and might include other commodities in the near future. The shown below data highlights the trade of Russia for these banned products globally and not the US only for 2021, as per the availability of Russia trade data with other countries. Represented import data of Russia does not include one single basis of HS code classification.

Read More: US LNG Exports To The EU Will Soar Amid Russia-Ukraine War

The United Kingdom bans luxury vehicles, high-end fashion, works of art to export to Russia. The highlighted figures shown in the data below are retrieved from Russia’s global imports, as per available data. Hence, it does not represent the trade with the UK only, but globally. Represented data does not include one single basis of HS code classification.

G7 Countries Not To Limit Their Food Exports, Says Ministers

Sunflower Oil Prices To Surge Amid The Russia Invasion On Ukraine 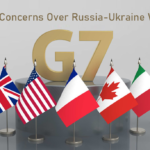 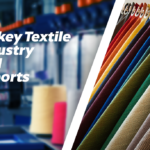