Even after one year of post-Brexit, the dust has still not fully settled on the definitive shape of EU-UK relations as there are several as yet unresolved issues. Brexit has been a drag on growth. It brought new red tape on trade between Britain and its largest and closest market. It also removed a large pool of the European Union (EU) labour from the country on which many businesses had come to rely. The combination has impaired supply chain shortages, stoked inflation, and hampered trade. Let’s analyze a bigger picture of EU-U.K. trade 1-year post-Brexit.

Supply chain issues which began in 2020, continued in 2021 as well, not just in the EU or the UK, but globally. While trade was down in the first half of 2020 due to the global pandemic, 2021 saw a complete reversal with global ports being highly congested.

A key reason why customs and supply chain issues were more acute in the UK as compared to the EU appears to be Brexit. UK companies so far have experienced more difficulties in importing and exporting goods under the new customs arrangements following Brexit than EU companies. Indeed, the EU has been applying full customs checks to imports from the UK since January 1, 2021, while the UK has repeatedly delayed similar checks on imports from the EU. However, as of January 1, 2022, the UK has introduced full customs checks on commodities from the EU to Great Britain.

The trade between UK and EU has declined since the country quit the bloc, with firms hit by new customs paperwork and checks. After supply chain disruptions in the first half of 2020, EU exports to the UK rose to US$ 74,520 million in Q3 and further increased and reached above the US$ 90,000 million mark in the last quarter. That dollar amount declined to US$ 54,363 million in Q4 of 2021 (till Nov data).

A post-Brexit “level playing field” was a key issue during the Brexit negotiations. For Brussels, the major fear was that strict rules of the EU, and the UK would turn into an economy with limited regulations and uncontrolled subsidies while retaining duty-free access to the Single Market.

The Trade and Cooperation Agreement (TCA) ended up including a number of components related to the level playing field, with key parts being related to subsidies and state-aid. With this, it is expected that the EU and the UK may see new opportunities in trade.

While Brexit happened on February 1, 2020, and the Brexit transition period ended on January 1, 2021, there are still many unresolved issues under negotiation. Throughout 2021, the European Union and the UK have been engaged in intense negotiations regarding the Northern Ireland Protocol. It has in effect resulted in Northern Ireland remaining in the EU Single Market for commodities. As a result, several disruptions in trade between the rest of the UK and Northern Ireland were reported, including customs checks on goods, and severe disruptions on agri-food products, due to the absence of a veterinary agreement.

Brexit has pushed financial companies to move at least some of their operations, assets, staff or legal entities out of London, but the shift has been smaller than predicted, in part because the pandemic has hampered staff relocations.

Bankers on the Move

More than 400 UK firms have relocated functions to various EU cities. But still, financial firms are waiting for full access to the EU’s single market. The progress has been glacial as disputes over Northern Ireland have sourced EU-U.K. relations.

At the time of Brexit, many insurers rationalized their business so that the United Kingdom business was handled by entities in the UK and EU business was handled by entities in the EU. In other cases, insurers simply discontinued their UK or EU business. The TCA was finalized at the last moment, largely excluding financial services. Now the UK and the EU re-insurers have adjusted their operations to reflect the restricted market access rights, including by establishing local licensed entities and setting up appropriate outsourcing arrangements for the most efficient allocation of group resources.

Brexit has exacerbated a crunch in the U.K. labour supply. Around 200,000 European nationals left Britain in 2020, pushed away by tougher immigration rules and the deepest economic slump in three centuries. That’s led to staff shortages in sectors such as hospitality and retail, which have historically relied on EU workers.

A smaller pool of EU labour also worsened a fuel crisis in Britain, with a shortfall of tanker drivers contributing to the spate of fuel shortages during the summer. Johnson’s government has since eased visa requirements for EU workers, and the driver shortfall has since been reduced as more domestic drivers have been trained.

In 1 year of Brexit, some of the impacts of the UK’s departure from the EU are becoming increasingly clear, much of the detail remains to be defined. The politics of Brexit are likely to remain fraught, both around the Northern Ireland Protocol and other areas including fisheries, and chemicals. Both the EU and the UK have to resolve post-Brexit issues to boost their trade relations.

India’s Bilateral Trade – FTAs with Australia, US, UK, and UAE in 2022 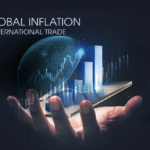