India has been talking about free trade agreements with several partners including Australia, the United States, the United Kingdom, and the United Arab Emirates – both bilateral and regional over the past two years in a bid to boost export-oriented domestic manufacturing. India’s total exports increased to US$ 347 billion in 2021 (till Nov data) as compared to US$ 263 billion reported in 2020. While India hopes to conclude trade agreements with Australia, the US, UAE and the UK by as early as 2022; a growing list of countries negotiating trade deals with India includes Russia, Oman, Canada, the GCC, and the Southern African Customs Union.

India wants the ASEAN countries to lower market restrictions in the agriculture and automotive sectors as well as reciprocate its own FTA concessions. These concerns made India walk away from the Regional Comprehensive Economic Partnership (RCEP) in November 2019. In the following sections, we spotlight developments in India’s trade engagements with the countries and analyze data of India’s bilateral trade.

India and Australia are soon expected to complete negotiations for an interim FTA that will officially be called the India-Australia Comprehensive Economic Cooperation Agreement (CECA). The Indian government has confirmed that sensitive dairy and agricultural products will be kept out of the trade deal and will focus on items not produced in the country.

India’s export basket to Australia majorly comprises goods like petroleum products, medicines, polished diamonds, gold jewellery, apparel etc., while key Australian exports to India include coal, LNG, aluminium, and non-monetary gold. According to our database, India has a trade deficit with Australia as India’s imports from Australia are more than exports to the country. Here is India’s bilateral trade with Australia in the last 5 years.

India to Export Mangoes to U.S. and Import US Pork and Other Agricultural Products

In January 2022, India and the United States agreed on boosting their bilateral trade relations. India announced to import alfalfa hay, cherries, and pork & pork products from the U.S. And the United States approved the import of mangoes and pomegranates from India. The U.S. market preference for Indian mangoes is well known. Indian mango exports to the US amounted to 800 metric tons (MTs) in 2017-18, worth US$2.75 million.

India enjoys a trade surplus with the United States as the country’s exporters are more than imports. In 2021, India’s imports from and exports to the U.S. rose as compared to the previous years. Here is a bilateral trade of India with the US reported in the last 5 years.

The United Kingdom is particularly keen on India reducing its import duties on Scotch Whiskey and cars, which is currently around 150% and 125% respectively. In May 2021, an Enhanced Trade Partnership (ETP) was established between the two countries – reflecting unusually rapid progress in bilateral trade talks. The 15th UK-India JETCO in January 2022 reviewed the progress made within the UK-India ETP.

India’s major exports to the UK are articles of jewellery & parts, turbo-jets, medium oils & preparations, and parts of aeroplanes. India’s top imports from the UK are silver, gold, waste & scrap, turbo-jets, waste & scrap of iron & steel, and petroleum coke. Like with the U.S., India also experiences a trade surplus with the United Kingdom as well. India reported an increase in the value of imports & exports with the UK in 2021. Take an update on India’s bilateral trade with the UK in the last five years.

As of now India and the UAE representatives are working on finalizing the larger CEPA agreement that will include investment protection measures and special facilities for Indian labour and expatriates; the goal is to complete this by March 2022. Earlier a partial FTA was to be signed on Modi’s planned visit to the UAE on January 6, 2022, but this was postponed due to a surge in Omicron/Covid-19 outbreaks.

For the last three consecutive years, India has been experiencing a trade deficit with the United Arab Emirates, which is why both the countries are working on a trade agreement for growing their bilateral trade relations. Check India’s bilateral trade with UAE in the last five years.

India’s Trade Agreements with Other Countries

Besides Australia, the United States, the United Kingdom and the United Arab Emirates, India is getting into trade agreements also with Russia, Oman, Canada, the GCC, and the Southern African Customs Union in 2022.

Since the Covid-19 outbreak from China’s territory and the official complaints made by many countries including Australia and the U.S. to WTO, India has restricted trade with China and sought to boost bilateral trade relations with other countries. India is pushing for more FTAs with multiple countries and regional blocs in 2022. 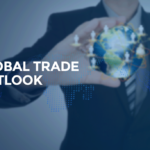 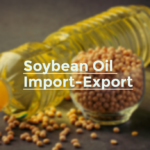