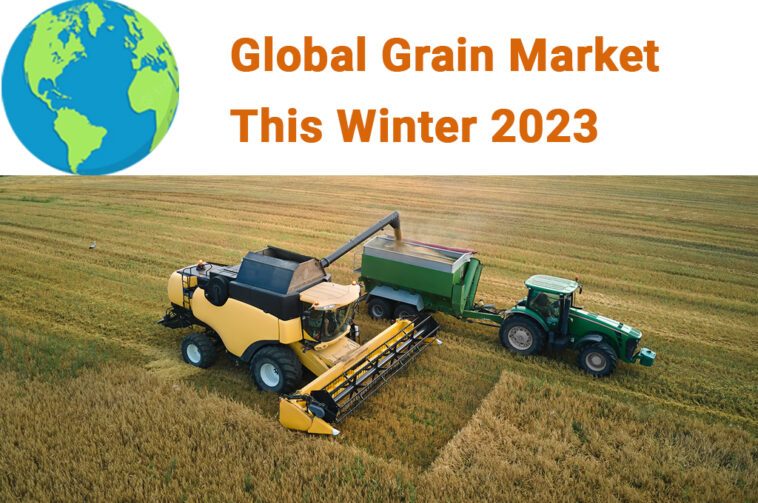 How the global grain market will be in this winter of 2023? As corn carryout is less than 1 billion bushels, and soybeans are less than 250 million bushels. So will corn prices get over $8, and soybeans over $18? These are not normal and predictable times. The economic slowdown and reduced product demand around the world are bending the historical rules. Let’s understand global export statistics of corn and soybean and 5 key market challenges to watch this winter of 2023.

Brazil is the world’s biggest producer and exporter of soybeans, surpassing the United States. Brazil, the U.S., Argentina, and other major soybean-exporting countries in South America are likely to produce a total crop exceeding 8 billion in 2023. As far as corn is concerned, the United States of America and Argentina are the world’s largest exporters. Here is a data visualization of global soybean and corn exports by country.

In 2022, even though domestic basis bids were strong, export demand has been less than projected. As a result, export-basis bids were reduced. Farmers who can sell at several different terminals have been selling corn to ethanol plants and soybeans to domestic crushers. This could turn around in 2023. How much soybean South American countries, particularly Brazil and Argentina have exported to the world in 2021? Let’s check from the given data visualization.

What kind of developments could affect the markets this winter? Here are 5 market challenges to watch this winter of 2023.

Since Russia began the invasion of Ukraine in Feb 2022, the global supply chain of major commodities, particularly crude oil and grains has been affected. As the war continues, Ukraine is expected to produce fewer crops in 2023 and see about a 50% down in wheat production. Ukraine’s corn crop may be down as much as 75%. If these projections become correct, then not much grain will be available for global exports, even if the Black Sea corridor stays open.

In only 60 days, the soybean harvest starts in Brazil and Argentina, and in 90 days, the first season of the crop becomes available. Brazil is off to a great start in soybean production, while after a dry start, Argentina will see enhanced yield production due to an improvement in the weather. Brazil has the potential to solve the problem of tight stock in the global soybean market.

With normal weather, producers in Brazil could produce 5.8 billion bushels of soybeans, a whopping 33% larger than this year’s U.S. soybean crop. Soybean-exporting countries in South America have the potential to grow a total crop of 8 billion bushels of the crop.

According to a report, China has seen a 26% decline in corn imports last year. How China is meeting its corn demand? Are they tapping into reserves? Are they waiting for lower prices? Well, these are some of the major questions that need to be answered. In 2023 also, China is expected to see a shortfall in corn and soybean imports, however, it may also look for other options to actually fulfil the crop requirement.

4. The U.S. Dollar and the Global Economy

The Federal Reserve Board ramped up short-term interest rates last year to attempt to reduce inflation. In response, the U.S. dollar index rallied to over 112. If rates keep moving higher and the U.S. dollar moves up to 118 or 120, it will take a significant toll on U.S. meat and grain exports. This could tip the U.S. and global economies.

The United States monitors the weather through its drought monitor which doesn’t usually change much from week to week in winter. If the current dry pattern continues in the Southern Plains and central and western Corn Belt, then it sets up a potential crop scare next spring.

What does it all mean for operating a farm? The financial risk in harvesting corn and soybean will remain in 2023 due to the current global macro markets. With the ongoing war between Russia and Ukraine, the slowdown of the Chinese economy, and the strong U.S. dollar, the year 2023 will be challenging in terms of global trade. 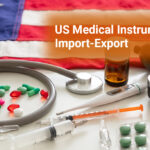 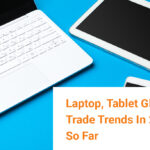