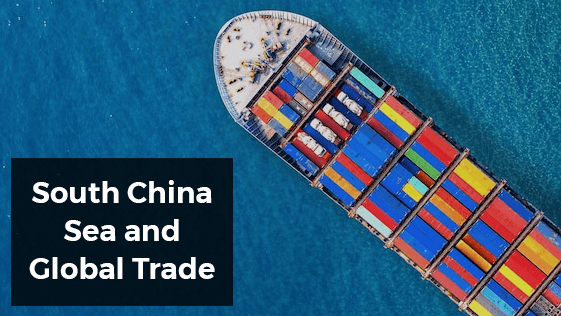 The South China Sea is a vital trade route between Southeast Asian countries, particularly – China, Taiwan, Thailand, Vietnam, the Philippines, Brunei, Malaysia, and Singapore. Combined with an abundance of hydrocarbon reserves & marine life, this water body is critical beyond its boundaries and a primary source of animal protein for the region’s dense population.

Vietnam is the world’s 18th largest importer and 8th biggest importer in the Asian continent and 17th largest exporter in the world and 7th biggest exporter country in Asia. According to a report, Vietnam occupies more than three thousand kilometres of coastline on the South China Sea and occupies the largest number of features in the Spratly Islands. The country is doubling down on its maritime strategy to become an export-dependent economy.

Vietnam, which shares a border with China, has benefited from the supply chain problems in China exacerbated by Beijing’s strict Covid-zero policy and supply dislocations. Companies are re-orienting supply chains out of China, and South Korea now heavily invests in microchip production in Vietnam. This further benefits Vietnam by giving other countries a stake in its survival.

Singapore is the 15th largest country in the world’s exports, while the 5th biggest exporter in the Asian continent. It is the 16th biggest country in global imports and the 6th largest in Asian imports. As the primary sea link for markets in Europe, Asia, and the Americas, the 105 km long Singapore Strait sees about 1,000 vessels pass through daily. The country keeps the freedom of the sea alive as most conversations emphasize resources such as gas, oil, and fisheries that everyone competes for over.

The tiny Southeast Asian country depends heavily on free trade passing safely through their country and the adjacent waters.

The Straits of Sunda and Lombok in Indonesia, together with the Straits of Malacca and Singapore are major gateways to the South China Sea. Indonesia’s archipelagic Natuna Islands overlap China’s nine-dash line – a set of line segments on maps that accompany Chinese territorial claims. According to a report, the country is heavily dependent on the resources from the North Natuna Sea (within the South China Sea).

Japan is the fourth-biggest country in global exports and second-largest in the Asian continent. In terms of imports, it ranks 4th globally and 2nd in Asia.

Some 42% of Japan’s maritime trade passes through the South China Sea every year, according to a report. By 2020, Japan was the biggest liquefied natural gas importer in the world, buying nearly 74.5 million tons.

South Korea is the ninth-largest importer country in the world and the fourth-biggest in Asia. It ranks 7th in global exports and 4th in Asian exports.

South Korea is intentionally quiet about the South China Sea as it wants to maintain favour with China. Geographically, compared to Japan, it is harder to divert trade. In recognition as a trading country, and to secure supply lines, including its investment into Vietnam, South Korea has an active ocean-going navy.

The importance of South China has been growing and extends far beyond the region. From a historical perspective, the Sea is the epicentre of the Indo-Pacific. According to the United Nations Conference on Trade and Development (UNCTAD), more than 80% of the volume of international trade is carried by sea, with 54% of world maritime trade occurring in the Asian continent in 2021.

However, pandemic uncertainty still carries over in the form of congestion in ports, transportation costs, changes in globalization patterns, and supply chain disruptions. Overall, UNCTAD has estimated that world maritime trade recovered by 4.3% in 2021. It has also predicted that trade volumes could grow at an annual rate of 2.4% between 2022 and 2026. 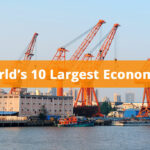