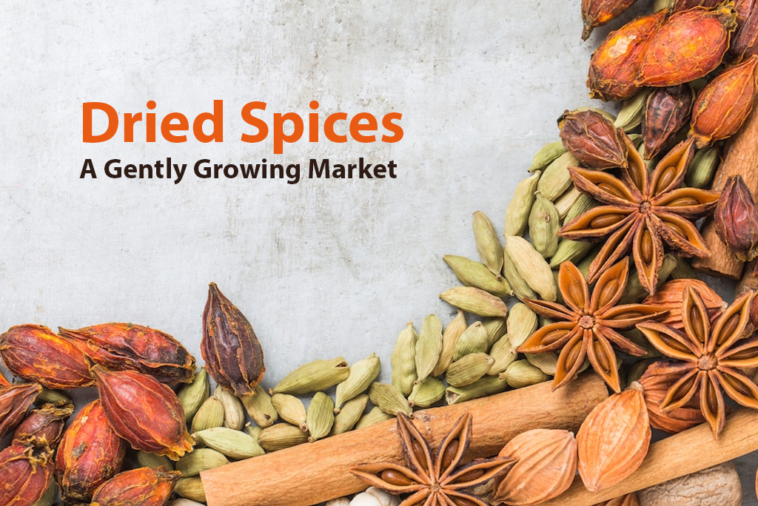 Spices are the most ancient form of food commodities in the world, introduced by Asian nations such as India and China, and traded by Arab nations such as Saudi Arabia and Egypt, in the medieval period. The history of spices goes a long way back to human civilization’s growing age, especially expanding their horizon to other regions, which led to the discovery of spices (including dried spices).

In the present times, the market of spices, specifically the dried spices market has made its way to a growing compound annual growth rate of 4.6%, and it is due to see a growing impact in the food industry. Being used as a “food-enhancer”, the dried spices are expected to reach a value of $8.6 billion for the forecast period of 2021 to 2031. These were valued at $5.5 billion in 2020.

The Biggest Producers and Exporters

Asia has always been the birthplace of spices and the biggest producer of spices & dried spices. While the market of spices also includes pepper, which is a native part of the Mexican territories, Asian spices are the most valuable food commodities around the world.

The biggest producers of spices in the world are India, Turkey, and China, including others from Western & European regions such as Mexico and Spain. The top exporting countries include India, China, Turkey and other countries.

The top exporting countries of dried spices are listed below in the representation of dried spices export 2021. The classification of HS Code for dried spices is 0910 which includes ginger, saffron, turmeric, thyme, and other dried spices. The included products do not include spices from the genus capsicum (chilli, bell pepper) and genus piper (black pepper and similar products).

India – The King of Spices

In India, spices have been an integral part of the Indian households and their customs, tradition, and culture. The spices of India are as famous as they were in medieval times, which led to the exploration of spices by explorers such as Christopher Columbus, Vasco De Gama and more.

The article published by The Spice Trader explains that spices of Indian origin are the primary forces that led to the colonisation of India in the 1800s. This is how valuable Indian spices were and countries wanted to get a hold of this wide, valuable, and aromatic spices market for their own.

As per India Brand Equity Foundation (IBEF), the Indian spices market has a wide variety of spices on its plate, constituting about 75 of 109 varieties listed by the International Organisation for Standardization (ISO) and according to multiple sources, India has a substantial market of spices in the world which accounts for about 75% of the production of the total spice.

According to the aforementioned IBEF reports, the exports of ginger accounted for the highest growth of 47% with a quantity volume of 19.4k tons, followed by cardamom and cumin seeds with 31% and 14% growth respectively.

The export of top dry spices from India is represented in the graph below for the year ending 2021. This list consists of the commodities retrieved from the India export database of 2021 and are taken on the basis of HS Code classification under tariff line (8-digits).

A Spice Worth More Than Gold

“Saffron, a spice more worth than gold” is the world’s most precious and valuable commodity in spices. The rich properties of saffron make this spice nearly worth more than gold (not actually expensive as gold).

Saffron is used as a medicine or herb in various regions. It is also utilised in the production of a few cosmetics and has a fresh aroma & flavour that tenfold enhances any food. This is why saffron is called “red gold”. These properties are the reason saffron is increasing in popularity.

The harvesting of saffron is a delicate and extensive process that makes it the most expensive spice, according to another source. The crocus flower is the source of saffron, and each flower grows three stigmas that are carefully extracted by plucking the petals and dried in the sun afterwards.

Even when Iran is the largest producer of saffron, the exports are non-virtual here. As per The Economist, different factors contributed to increasing prices of Iran’s saffron such as increasing shipping & labour costs, the sudden surge in demand after the pandemic and bilateral trade clashes with other countries resulting in Iranian saffron suppliers not benefiting from saffron trade in 2021.

There has been an upward trend in the use of spices and seasoning in many countries, especially in European countries. The Asian countries, as aforementioned, are already at the forefront of this oldest, wide and fragmented market. Shown below are the top spices importing countries with each of their top importing commodities and growth (share) value for 2021.

Numerous countries are still in the process of learning about spices and adopting the proper utilisation of spices in their food items. Experimentation is also one of the influencing factors in how spices are finding their place in the world. Denmark is one of the countries where the usage of spices was little to nowhere until the end of the 20th century, when the popularity of spices increased, as per a Medium article.

COVID-19 brought this upward trend with people being introduced to the new methods of cooking, new recipes and lifestyle changes. This brought spices and herbs in front of the consumers as a way to enhance their cooking along with positive changes in lifestyle habits.

The global market for spices (including dried spices) and herbs (or seasoning for food) is widely expected to grow at a CAGR of 4.7% for the forecast period from 2020 to 2025. Products such as chillies, ginger, cardamom, cinnamon, cloves and other spices & herbs are increasing in demand from the global market due to their rich properties of health benefits, aroma, and food quality enhancer through changing their smell, colour, and taste drastically. 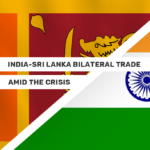