India’s southern neighbour, Sri Lanka is struggling with the worst economic crisis since independence in 1948. The island nation is on the brink of bankruptcy, with nearly USD 7 billion of its total USD 25 billion in foreign debt due for repayment this year. A severe shortage of foreign exchange means the country lacks the money to buy imported goods. The people of Sri Lanka are facing severe shortages of essential items like food, cooking gas, fuel, and medicines.

In terms of trade, Sri Lanka is not having enough money to buy goods from other countries and to manufacture commodities in their own country for meeting rising demand & export to other nations as well. That is why Indian exporters are rethinking plans to send shipments to Sri Lanka. During such situations, shipments with a high freight-on-board value are the first to be hit. These are mostly products that get imported into the country.

As of now, the import of vehicles and engineering goods such as iron & steel, heavy machinery, and electronics has begun to reduce to renegotiate contracts or hold off on shipments coming to Sri Lanka. Here’s an in-depth data analysis of Sri Lankan imports and exports by sector.

Sri Lanka’s economy is largely dependent on its natural resources as it exported apparel and clothing, coffee, tea, rubber, and seafood the most in 2021. According to our database, Sri Lanka shipped goods worth US$15.3 billion last year. Visualize data of Sri Lanka’s top 10 export categories and gain market insights.

Another heavily hit sector is the automotive sector with vehicle and kit exports from India as well as production taking a massive hit owing to shortages. Vehicle kit shipments for LCV (light commercial vehicles), trucks, and buses have declined sharply owing to a lack of forex reserves and fuel shortages. What Sri Lanka import from India in the automotive sector in 2021? Take a look!

Sri Lanka is one of the most sought-after exporters of tea and tea-related products. The economic crisis in Sri Lanka has severely affected tea exports from the country. The island nation has been left grappling with a sharp decline in tea production amid severe power cuts that span as long as 14 hours a day.

Sri Lanka produces around 300 million kg of tea annually with almost 98% of those being exported. In 2021, Sri Lanka supplied USD 1.5 billion of tea to the world and Iraq was the top buyer of Sri Lankan tea. Besides Iraq, other top export destinations of Sri Lankan tea were Turkey, Russia, the United Arab Emirates, Iran, China, Libya, Azerbaijan, Saudi Arabia, and Syria.

Sri Lanka’s apparel exporters have urged their government to seek International Monetary Fund (IMF) assistance to get the economy back on track and ease forex shortages. Many small establishments have been shut down due to power and fuel outages that increased the cost of production of apparel & clothes. Apparel production accounts for 6% of Sri Lanka’s GDP and employs 3,50,000 people directly and another 7,00,000 indirectly.

Fishing only contributes 1.3% to Sri Lanka’s GDP, but it employs close to one-tenth of its population. The island nation is famous for its prawn, lobsters, crabs, swordfish, and tuna. The country exports these to the United States, Britain, China, and Japan, amounting to 8% of its agricultural exports.

So, when the Sri Lankan economy will come on track, nobody knows as of now. In fact, the country’s fit suppliers seek crisis may even get worse as countries that were previously exporting essential goods to Sri Lanka have either delayed shipments or even cancelled due to the risk of non-payment for orders placed by Sri Lankan buyers. 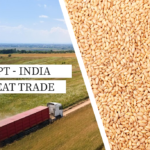 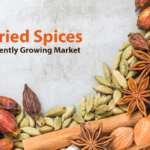