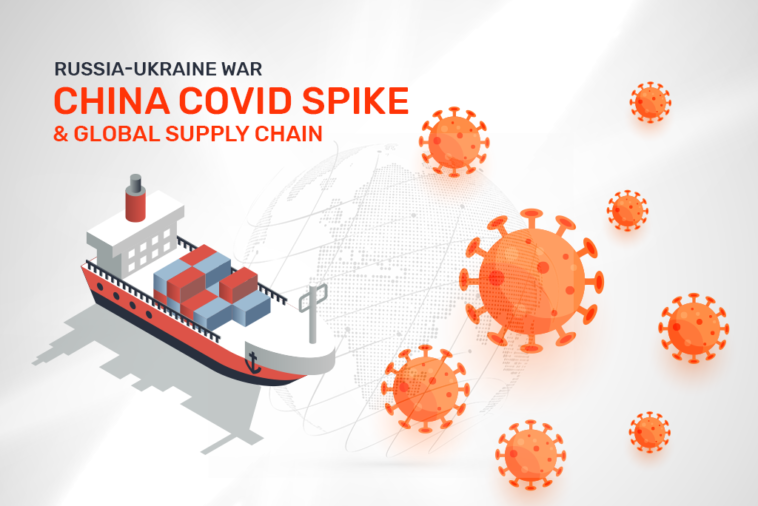 Russia’s invasion of Ukraine and sanctions imposed on it for doing so and new pandemic-related shutdowns in China are the latest events to rock global supply chains. Economies of China, India, the U.S., the UK, and other countries are still struggling to fully recover from the Covid-19 pandemic that created havoc in the last two years. Now war and the new pandemic would put huge implications on the trade flow of commodities around the world.

Combined with the China-U.S. trade war and other pandemic and climate-related disruptions, countries should reduce their dependency on China for components & finished goods and on Russia for transportation & raw materials and must lead to more localized, or regional, sourcing strategies. If China decides to back Russia in the Ukraine conflict, it would only fuel that movement.

Russia’s invasion of Ukraine has disrupted the flow of goods through the Black Sea. Ukraine’s import and export activities have nearly stopped, while Russia’s trade has also been affected due to sanctions imposed on Russia by various countries.

Ukraine supplies about 50% of the world’s neon gas, which is used to produce semiconductor chips. Countries and large corporations are now scrambling to obtain alternative supplies, but the supply is tightening and prices have dramatically increased. Ukraine is a critical supplier of rare gases like neon, xenon & krypton, used in the production of semiconductor fab lasers. According to our database, Ukraine exported neon, xenon, and krypton gas worth US$ 45.9 million in 2021. Here’s a quarter-wise outlook of Ukraine’s neon, xenon, and krypton gas exports reported in 2021.

Russia and Ukraine are also big exporters of grains such as corn, barley, wheat, and fertilizer. While the war’s full impact on global food supplies is not yet clear, prices are already skyrocketing. In 2020, Russia’s wheat exports rose in all quarters and reached US$ 4,111 million in the last quarter. After recording a decline in exports of wheat from Russia in Q1 of 2021, the value of wheat shipments departed from Russia started increasing in other quarters. Below given chart shows the dollar amount of wheat exports from Russia reported from Q1 to Q4 of 2021.

Metals like palladium have a wide range of applications and these could be hard to source now given restrictions on import and export. Russia is a key supplier of rare metals like palladium, used in the production of semiconductor chips. Our database shows Russia exported palladium metal worth US$ 6,458 million in 2021. Take a look at quarter-wise values of Russia’s exports of palladium metal in 2021.

With logistics and transportation being one of the major energy-demanding sectors, the soaring prices of crude oil and gas and risks arising from the conflict are bound to cripple supply chains worldwide. As several routes became non-operational following the war, the supply of commodities to and from certain regions has completely ceased. Rising prices and shortages of goods are major risks that evolved due to the Russia-Ukraine war.

Shipments have been delayed due to various restrictions and sanctions on air space. Logistics companies are unable to use several routes which were previously operational. As carriers are compelled to resort to longer routes, more money is being spent on fuel. Airfreight is the quickest way to transport goods but the increased demand has subsequently led to higher prices. Exploring alternative routes through rail or ocean depending on goods getting transported can help logistics companies save money and continue their operations without much disruption.

The global economy – already struggling with a high risk of hurdles in importing and exporting goods worldwide due to Russia’s invasion of Ukraine – is bracing for greater supply chain disruption as China scrambles to contain its worst outbreak of Covid-19 since the pandemic began. China is recording more than 5,000 new infections every day for the first time since the early days of the pandemic. It is prompting officials to lock down more cities, with more than 45 million people restricted from leaving their homes. China’s imports in 2020 totalled US$2 trillion, while exports totalled US$2.5 trillion. The biggest trading partners of China in that year were the United States, Japan, South Korea, Vietnam, Germany, the United Kingdom, India, and Singapore. Here is a list of the top 10 trading partners of China with the share in value reported in 2020.

Shenzhen’s 17.5 million residents are under lockdown, and the city is located in Guangdong, the manufacturing powerhouse province. It has a gross domestic product of $1.96 trillion, around that of Spain and South Korea, which accounts for 11% of China’s economy. Guangdong’s $795 billion worth of exports in 2021 accounted for 23% of China’s shipments that year, the most of any province. At least five large factory cities have completely shut down because of the surge – Dongguan, Shenzhen, Changchun, Jilin City, and Langfang.

Congestion is starting to build at some Chinese ports, which could push up container freight rates again. Worries over supply chain disruption come just as the United States West Coast ports are beginning to process some of the pandemic backlogs, helped by a lull after the Chinese New Year holidays. About 20% of the cargo coming into the busiest container gateways in the U.S. is estimated to be from the Shenzhen region.

If China fails to contain the spread of the virus, further movement restrictions would derail the economy’s promising start of the year, weakening a key pillar of global growth. Any disruptions to exports resulting in shortages could also drive up inflation internationally. The outbreaks impose a downside risk on China’s economy at least for the next few months. As the Russia-Ukraine war is not showing any sign to get stopped, global supplies of goods may even get worse in the coming months. Overall, global economies could be hit hard in 2022 due to the new Omicron variant and ongoing Russia’s invasion of Ukraine. 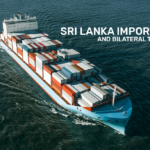