Several commodity markets are starting to experience a risk of global supply chain hindrance due to growing tension between Russia and Ukraine. There is still plenty of uncertainty over how the situation will evolve, but it is still worthwhile to look at the potential impact on international trade as prices of several commodities including crude oil, metals, semiconductors, and food supplies have already been shot up.

A risk to Russian natural gas flows via Ukraine to Europe arises if Russia invades Ukraine. While, depending on the scale of any invasion, it could also potentially have an impact on the production and export of Ukrainian agricultural commodities, including corn and wheat. Let’s discuss how the Russia-Ukraine conflict may impact the global supply chain from the information and statistics we have so far.

The ongoing and growing conflict between Russia and Ukraine would also be a risk for the oil market as oil prices in the international market inches closer to $100 per barrel.  Russia is the second-largest crude oil exporter after Saudi Arabia. Any potential action taken would push the crude oil global market into deficit. Europe would once again likely feel the impact the most, with around a quarter of its imports coming from Russia. While Asia, and in particular China, is a large importer of Russian oil.

Tensions between Russia and Ukraine have raised concerns about potential supply chain disruptions of agricultural products including corn and wheat. Both Russia and Ukraine are major exporters of wheat, corn, and oilseeds, so the grain trade has been affected now. Russia’s wheat exports account for almost 20% of the world’s total, making it’s the world’s largest wheat exporter. Ukraine’s wheat exports account for almost 10%, making it the fifth-largest world exporter.

Energy-related Sanctions Would Hit Europe the Most

The European natural gas market is most vulnerable. The region is already dealing with an extremely tight market. Therefore, any further reduction in Russian gas flows to the region would leave the European market exposed. Russia is the dominant supplier of natural gas to Europe, with it usually making up anywhere between 40-50% of European gas imports.

Impact on Metals and Manufacturing

Manufacturing supply chains would also be impacted by a conflict or sanctions against Russia. Russia’s share of global nickel exports is estimated to be about 49%, palladium 42%, aluminium 26%, platinum 13%, steel 7%, and copper 4%.

Read More: Semiconductor Chips Shortage Is Likely to Expand Till 2022

Raw Materials for Semiconductors at Risk Amid Elusive Situation in Europe

The escalation of Russia-Ukraine tensions stoked by the U.S. has raised concerns about potential supply chain disruptions in essential raw materials for semiconductors such as neon. Ukraine is a major supplier of semiconductor raw material gases, including neon, argon, krypton, and xenon. Ukraine supplies nearly 70% of the world’s neon gas. Russia-Ukraine conflict deepens as the United States has said that around 50% of Russian forces are in attack position. How Russia-Ukraine crisis will impact global trade? Get a real picture with updated data right here.

Sunflower Oil Prices To Surge Amid The Russia Invasion Of Ukraine 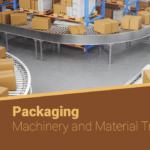 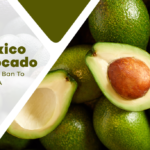